The analysis of the audited financial statements of Housing Agency of Jamaica Limited (HAJ) was undertaken to assist Parliament and the Public Accounts Committee (PAC) in their review of the financial performance of public bodies, in the context of the Fiscal Responsibility Framework. The Public Bodies Management and Accountability (PBMA) Act requires public entities to demonstrate prudent financial management of public resources.

HAJ recorded net profits in FY2016/17 and FY2017/18, following three consecutive years of net losses. Between FY2013/14 and FY2015/16, expenses significantly exceeded revenues, given persistent delays in completing projects. This also contributed to liquidity challenges, although more than 51 per cent of HAJ projects were financed by public sector grants. The turn-around in financial performance in FY2016/17 and FY2017/18 resulted from HAJ’s strategic decision to focus on the completion of “stalled and incomplete projects” from previous periods. Consistent with industry norms, HAJ records revenue when properties are completed and sold, whereas costs are absorbed prior to sale. Sales revenue augmented by mortgage collections, are used to fund core operations, including development projects and the repayment of debt. At end FY2017/18, the National Housing Trust (NHT) held just over 95.0 per cent of HAJ’s debt. In FY2014/15, in order to cover expenses HAJ secured an overdraft facility of $150.0 million, which it later converted to a long-term loan, as it was unable to repay the facility within the stipulated time.

If you are interested in leaving important feedback for us, please follow the link to the feedback page. All information collected is anonymous. 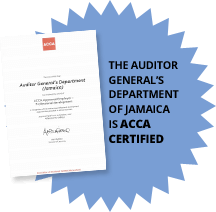